A quick glance of SIDDHA SYSTEM OF MEDICINE

The history of the Tamil civilization can be traced to Kumari Continent (now submerged in the vast Indian Ocean or that had  gradually moved up to the present location due to geographical changes. Archeologist had proved that this civilization is one of the oldest one in the world since the Rock system of South India – Archaean Rock  is the oldest rock system in the world. This rock system, which is pre Cambrian, is estimated about 2.5 to 4 billion years old.

Tamil speaking Peninsular in India thus migrated from the above said location is of rich tradition and culture.  Peace, Bliss, Wisdom and Healthy life were the primary objectives for this society even during those early periods. This in turn paved way for the evolution of Siddha system of medicine.

More than a medical system, it describes a way of healthy life. It deals with whole subject of life in its various branches.

It speaks about every elements and facet of human life offering guidance that has been tested and refined over many centuries, to all those who seek greater harmony peace and longevity.

The ancient Tamils have described the five Boothams (primordial elements) of Earth, Water, Fire, Wind and Space as the components of the Universe as well as the human body – the microcosm.

Exclusivities of Siddha system when compared to alternative systems of medicine  are:

Eight ways of examination as per Siddha literature:

The above are the key factors in diagnosis and subsequent treatment. 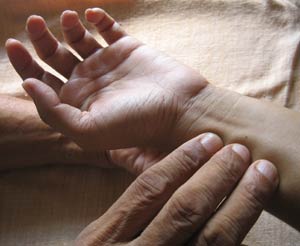 Thus, the entire Siddha system of medicine consists of Kappu (Preventive), Neekkam (Curative) and Niraippu (Promotive). Kappu method is the equivalent of modern community and preventive medicine and prepared the people for daily observations, proper food, proper sleep, rest and avoidance of harmful beverages and foods.

HOW CAN WE HELP YOU

Excellence in Healthcare That You Have Come to Expect

Siddha system of medicine classify and treat each ailment uniquely. It involves and integrate many refined methods of treatment

Bringing back Siddha medical knowledge through proper research , documentation of all reserch and making it available to all is one of the main goal of GCSMR.

Various research areas related to Siddha medicine, Siddha way of living, Siddha literature are needed to promote and create awareness about this method of Medicine